Rafters down the Durance

‘‘ A voyage back to the time of the Durance River timber rafters ! 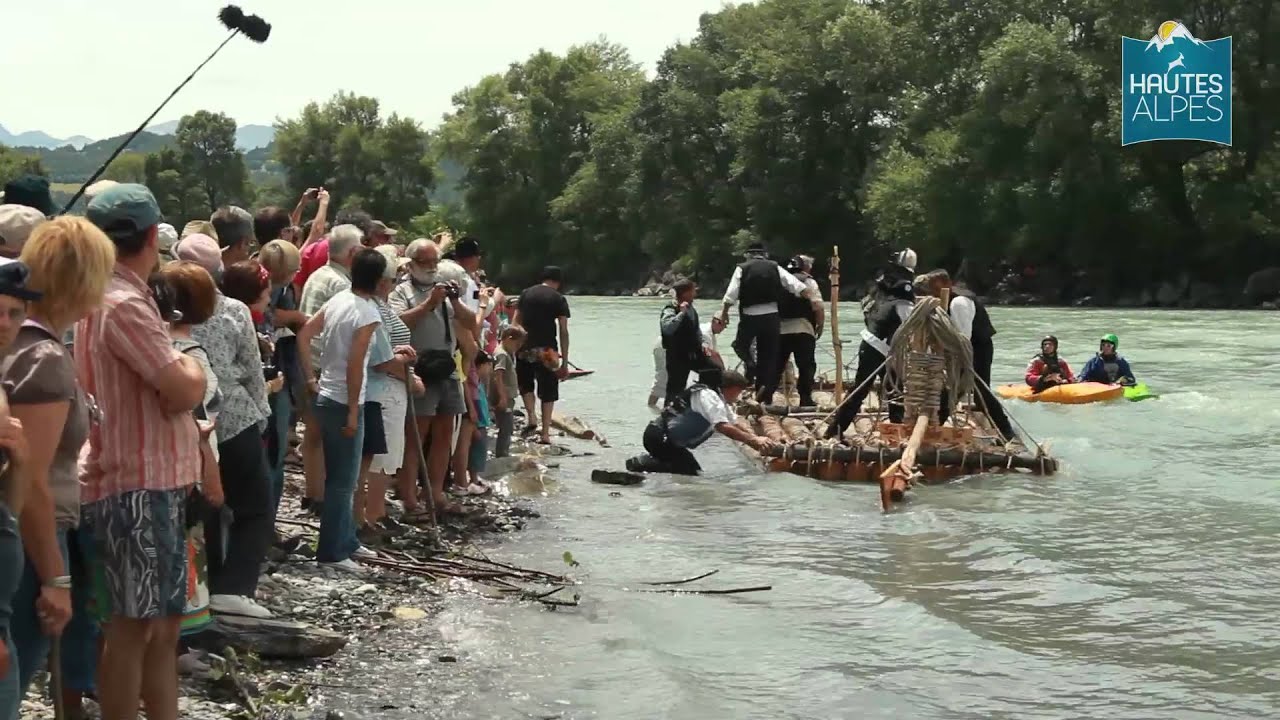 Along the river, relive this historic reconstruction

Join us to relive the 21st historic reconstruction of the ‘remembrance rafts’. Head back in time during this event that is unlike any other and admire an exceptional display illustrating the history of the timber rafters.

Previously, the Durance was used for transporting timber as far as the Mediterranean, over a distance of 260 km. The different vessels transported the wood (larch, spruce, pine), which was used to supply materials to both shipyards and construction sites for major agglomerations up until the end of the 19th century. The rafts were composed of logs of wood tied together with plant ropes otherwise known as ‘réortes’. The advent and development of railways led to the gradual abandon and ultimately the disappearance of this ancestral profession. Thus, in memory of these ‘fresh water sailors’, enthusiasts created the ‘Radeliers de la Durance’ association to bear witness to this historically dangerous profession.
Each year, the association organises two days of commemorations by retracing and revealing the history of this activity that was once essential to trade in our valleys. The rafts are built and organised in exactly the same way as they were at the time. An oarsman and helmsman in traditional costume, replace the rafters and kayakers on the Durance River during this reconstitution.

Departure from Saint-Clément-sur-Durance towards Embrun at approx. 2 p.m.

(End May: raft assembly in l’Argentière-La-Bessée and Saint-Clément-sur-Durance with the Sarl Michel, forestry company)

The best spots to watch the rafters go by

‘‘ I loved it. Thanks to the rafters for this wonderful show
Isabelle Setrak

More info on the Durance rafts