‘‘ Outdoormix, say what? Extreme sports, music including some major headliners and an event village. In short, an original and explosive mix. A festival that has become an essential event in Serre-Ponçon, be sure to put it in your diary ! 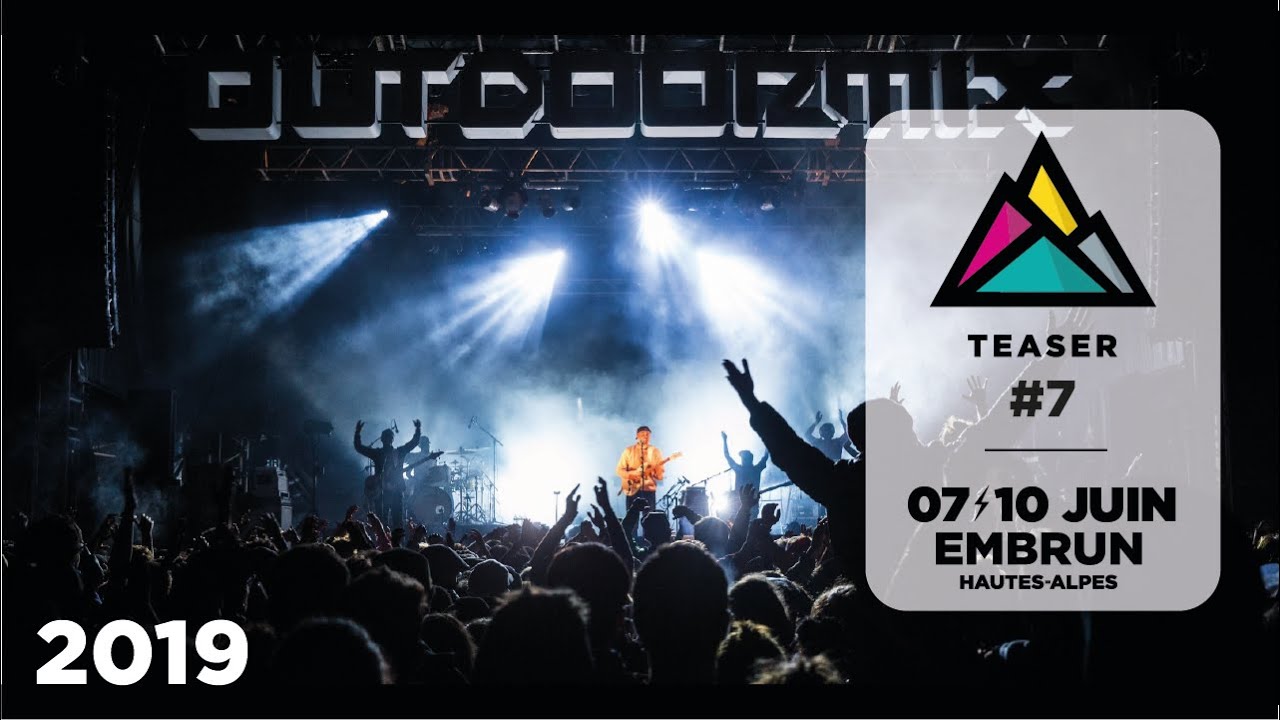 Consult the programme and times – 2019

Quite simply your festival base camp! Whatever your age, join us to discover or take part in challenges to learn about slackline, stand up paddling, kayaking, longboarding, MTB, etc.

During the day, there is also an exhibitors’ village with 50 brands.

For the most introspective, settle on the grassy lakeside to admire the wonderful display of competitions, acrobatic shows, MTB and BMX, DIRT and SPINE contests, while enjoying the sunshine!

Originally electro-based, the Outdoormix festival has opened to a greater audience combining the initial electro base with World Music, Reggae, DUB, modern music and so on. This year, there will be something for everyone thanks to highly motivated, renowned international artists and local groups !

7 June: for the festival’s opening night, free rein will be given to the legendary Marseilles, alternative hip-hop label Chinese Man Records and its fantastic, charismatic artists: Baja Frequencia, Taiwan MC and Scratch Bandits Crew across styles ranging from club to electro, hip-hop to Cumbia. La Rif et Nos Men, winners of the Made in 05 contest, will be the opening act.

8 June: a colourful programme that includes Marseilles’ reggae raggamuffin artist, Don Maleko as opening act followed by Argentinian star, La Yegros, the flamboyant queen of nu-Cumbia. Then the French reggae and hip-hop group Raggasonic before rounding off the evening with Kanka and their lively dub steppa.

9 June: what a finale! LeChat, the Hautes-Alpes’ flagship hip-hop band will open the last night of the festival, followed by Lucie, Elsa and Juliette who form the L.E.J trio who are headlining the festival with their new show. Then gypsy Shantel, dubbed the ‘king of the Balkan dance floors’ and the eight musicians that form the Bucovina Club Orkestra, will bring the pit to life with their Balkan electro-rock. The female voice of Brazilian, Elisa do Brasil, will resound once again on the banks of Serre-Ponçon to conclude the evening, beating to the rhythm of electronic music, along with DJ Fly (world DMC champion) for a turntable battle.

The Hautes-Alpes event was at the top of the podium for festivals in the Hautes-Alpes and Alpes de Haute Provence, both in terms of attendance and diversity, thanks to the concept combining sports competitions and a contemporary music festival. Every year, the Outdoormix Spring Festival brings together locals, festivalgoers from all over France and the best outdoor athletes from all over the world (23 nations from Ecuador to New Zealand). The European specialised media as well as the largest French TV channels regularly report on Serre-Ponçon’s leading event.

‘‘ It is really a great show with down-to-earth athletes. A great atmosphere that we’d like to see in all high-performance sports
Témoignage de Frédérique - 2018
‘‘ Voted best spring event by SoRad LeMag for four years
#SoRadLeMag